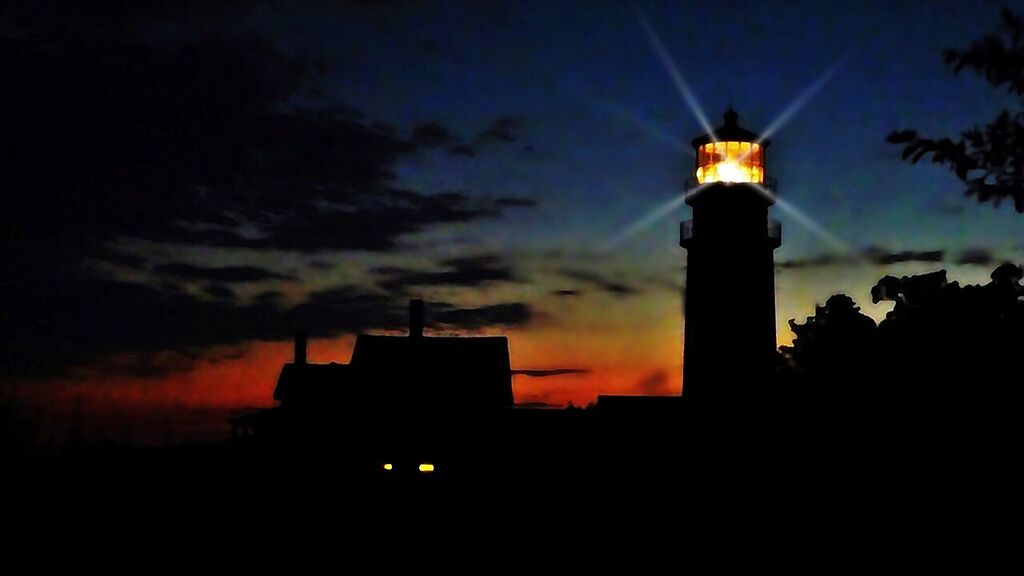 When the first lighthouse was built on the Truro Highlands in 1797, it was situated over 500 feet from the edge of a 125 feet high cliff. Inevitable erosion of the cliff from wind, tides and storms took place at a rate of at least three feet per year. By the early 1990s, the Highland Light stood just over a 100 feet from the edge. In 1990 alone, 40 feet were lost just north of Highland Light.

In 1996, $1 million in federal funds and $500,000 in state funds were added to what the Truro Historical Society was able to raise, and the 484-ton lighthouse was moved back 450 feet from its former location.
Under the direction of International Chimney Corp of Buffalo, NY, with the help of subcontractor Expert House Moving of Maryland, the move got underway in June 1996. The foundation was excavated and four levels of criss-crossing beams were inserted beneath the tower. Using hydraulic jacks, the entire structure was lifted, mounted on rollers and set on rails. Thousands of visitors gathered to watch the move which took place over eighteen days. During the move, workers placed quarters on the beams. The whole process went so slowly that you could only tell that the lighthouse was moving by watching the coins on the rails.

Moving the Highland Light brought it closer to the Highland Links, Cape Cod’s oldest golf course. When a golf ball broke a pane in the lantern room, new unbreakable panes were installed.

On Sunday, November 3, 1996 Highland Light was relighted in its new location. Visitors toured the tower, the Highland Light Bagpipe Band performed in full regalia, and then Congressman Gerry Studds, an important proponent of the move, spoke to the enthusiastic crowd that had assembled to celebrate this historic event.

“While this light may not save lives,” said Studds, “it will inspire lives for a long time to come.”

This exhibition displays the Truro Historical Society’s collection about the historic move of the Highland Lighthouse in 1996.