Helen McNeil-Ashton — Creativity and Conflict: The Marriage of Edward and Josephine Hopper 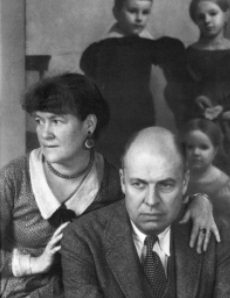 “ Creativity and Conflict: The Marriage of Edward and Josephine Hopper”

In 1924 Edward Hopper married Josephine (“Jo”) Nivison, an artist whose works at that time had been more widely exhibited. During their 43 year marriage Jo was Edward’s muse, model, accountant and, arguably, victim.  In the era of #MeToo, this lecture places the tumultuous Hopper marriage in the context of period relationships and other artist-artist marriages while asking questions about historical method. How important is biographical information — if at all — in understanding the art work? How does the viewer deal with the “curse of knowledge,” as we inevitably bring cultural assumptions to the viewing of the art work? Once known, can biographical knowledge ever be undone?

Edward Hopper said several times that his paintings were himself; what happens if we take him at his word and read his works as psychobiography? After looking at works by Edward, Jo and some contemporaries, the talk ends with an analysis of Edward’s “Rooms by the Sea” (1951).

Helen McNeil-Ashton is Vice-President in Charge of the Collection at the Truro Historical Society and curated the new permanent exhibition in the Edward and Josephine Hopper Room at Highland House Museum.

For over two decades Helen was a lecturer in American Literature, Film Studies and literary and visual Modernism at the University of East Anglia, Norwich, England.  She holds a B.A. from Reed College and an M.A .and Ph.D. from Yale University.